Hello,
There is a film on YouTube which covers the Polywell. The title of this 56 minute film is: "An Interview with Thomas Ligon On the Polywell" You can start watching it here:
http://www.youtube.com/watch?v=1HatEDkNnn8&feature=related
However, the audio on this film is pretty bad. For some time now, people have been asking for a transcript of the film. This has finally been finished. This document is much to long to be put here on the blog, but a copy can be downloaded from www.askmar.com. You should check it out. Here is the link:
http://www.askmar.com/Fusion_files/2010-4-26%20Tom%20Ligon.pdf
Below is an excerpt from the 27 page document...
=========================================


What form do you see this research taking? Do you expect it to be publicly funded, government funded research or, do you see it going to private funding?
I can envision an angel stepping in and funding this thing and, I know there are a couple people with some money who have expressed some interest. But it really ought to be government funding. This is the type of program that we have governments for. It is for everybody’s good, it should be kept for everybody’s good. It should be done as a government program to save the world, to save the United States but also to save the world. That is the way it ought to be done, wither it will or not, well, so far the funding has been almost exclusively government.  If Dr. Bussard had dreamed this thing up, instead of the Riggatron, we might be there by now. But his comment to me was, you do not go out looking for angels, you don’t find angels, angels find you. 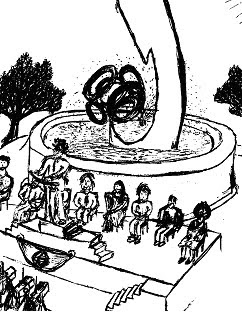 So you can see this design applied to a nuclear power plant, that does not require a cooling tower, that’s much smaller than the tokamak and if, IF, it can burn PB11 and do direct conversion, and then it will have high efficiency? As a power plant?
Very high efficiency. Theoretically, assuming you can not recover the bremsstrahlung radiation the limit is about 95 percent, good luck reaching it. Because the energy spread on the alpha particles is so tight, you should be able to come up with a grid structure that even a very simple, single electrode means of recovery could approach 85% efficiency. That is high. Nothing else is much more than 33%, no steam cycle. I guess maybe the theoretical limit might be around 40%, nothing gets much above 33% efficiency.

Assuming that the major technical challenges were solved, assuming that this concept works, can you give us a sense of what this machine might end up looking like?
A sphere, maybe, 6 meters or so in diameter, with some supporting equipment. The sphere might contain a mag grid it might be made up of 12 magnets instead of 6. It would have some supporting cryogenic equipment to operate the super conducting magnets. It will have some cooling load, because we are going to have some fusion products. I hope we have enough fusion products hitting the mag grid that we have to do some thermal shielding of it. If it is a DD burn it is going to have to have some kind of a neutron absorbing blanket to generate the heat, in which case, you would have steam components. It would look like any other power plant that has steam. I am hoping that it would simply have a bank of DC to AC power converters sapping energy straight off the PB11 reaction at 85% efficiency and feeding it out the power grid. 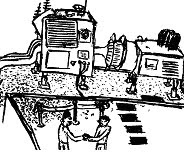 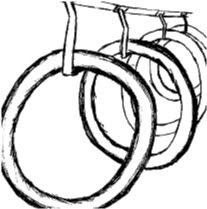